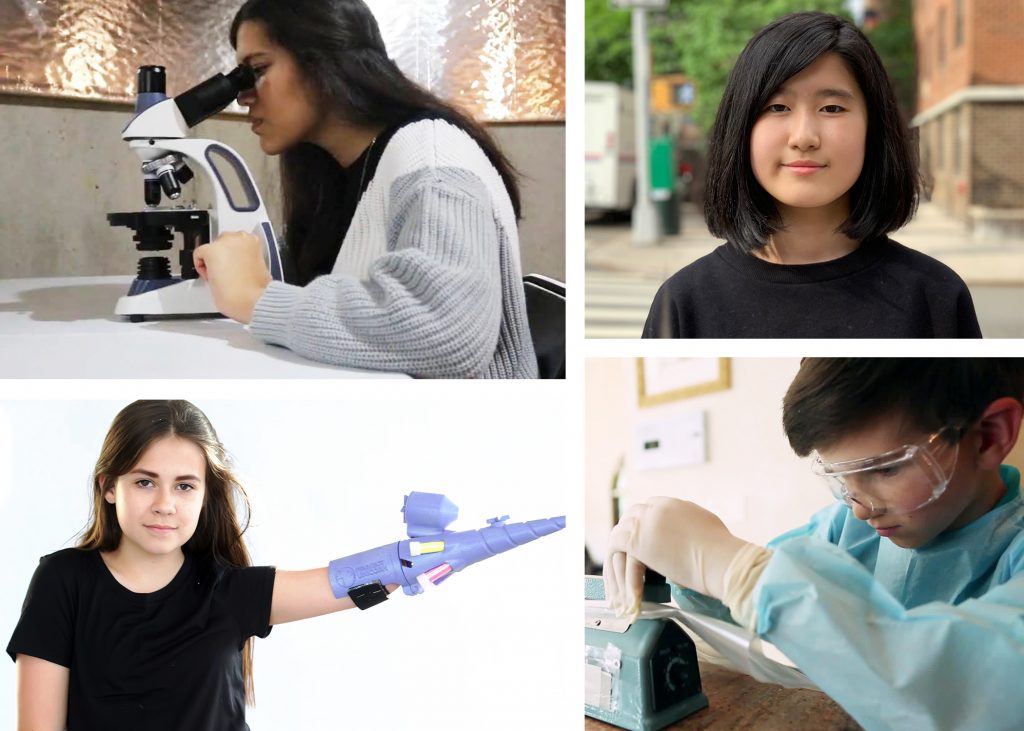 Here at KiwiCo, we believe in the power of small. And that’s because kids have a tendency to dream bigger and see possibilities through an unfiltered lens. It’s a core KiwiCo belief: That by learning the skills to problem-solve, innovate and create, kids can truly change the world tomorrow. And a lot of kids are already making their mark (after they finish their homework, of course). From detecting water contamination to creating human connections, we got to know four young engineers who are thinking big and building a better future. 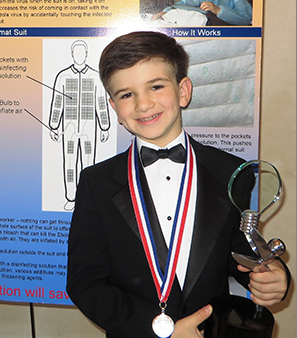 Mark Leschinsky, 14
Mark invented a self-disinfecting hazmat suit after seeing a newscast about the Ebola epidemic in 2014. He received a U.S. patent for the design in 2016.
STEAM snack: Chocolate to help short-term cognitive strength
STEAM superhero: Thomas Edison

What inspired you to be an inventor?

Mark: Whenever I create or design something, my end goal is always to be able to make an impact on society. It’s very rewarding for me to see that I can improve the life of someone else.

What advice would you give to other kids who want to start inventing and making?

Mark: I want to emphasize that you don’t need any sophisticated equipment or a lot of experience to make a positive difference in your community. The most important thing is to have passion, dedication, and a desire to achieve something positive. Never take “no” for an answer. Keep going until you have reached the stars. Believe it or not, children truly are the BEST inventors because we children are dreamers! Everything is possible for us! 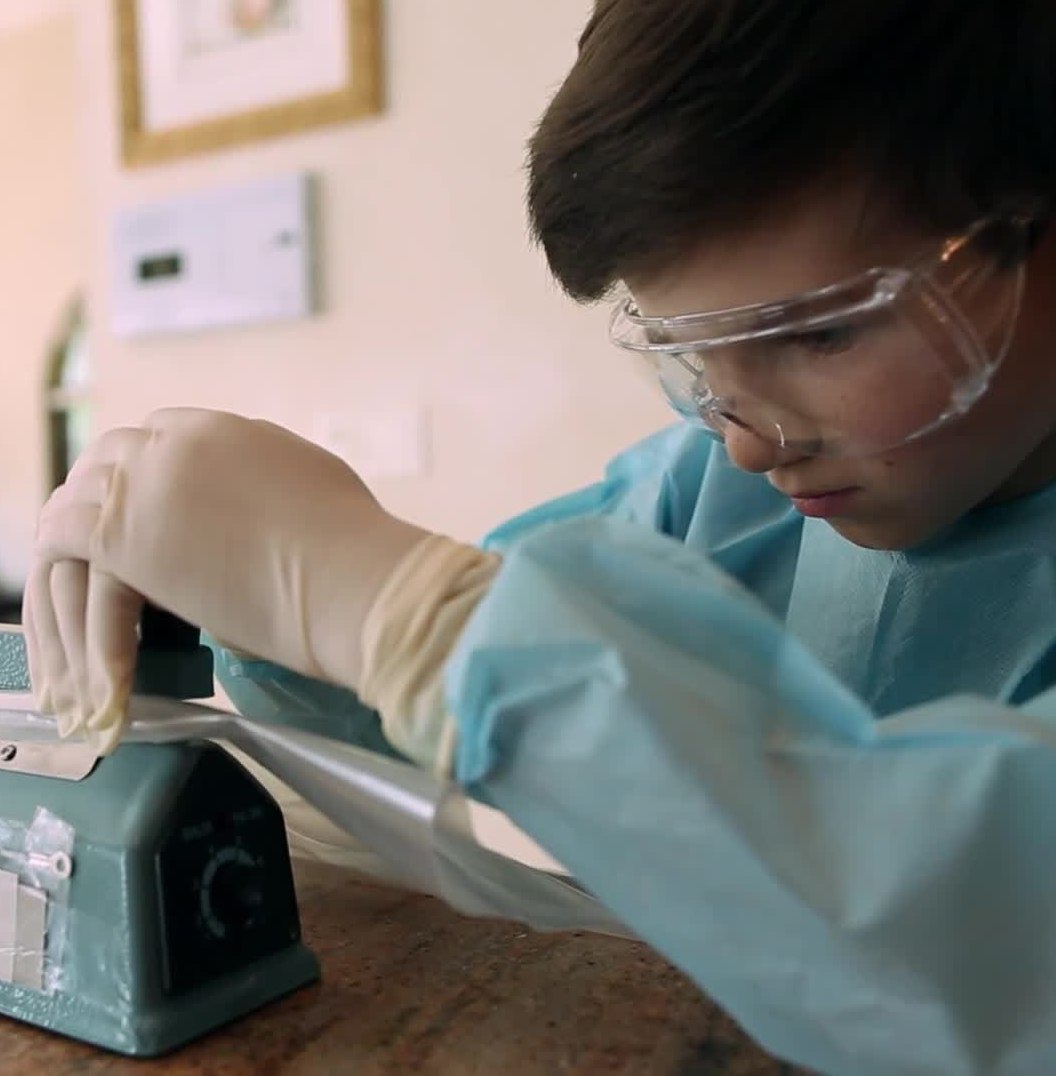 What is one thing you want to change about the world?

Mark: One thing I want to change in the world is to combat the misconception that kids can’t create something meaningful in our society. Kids are the BEST inventors, creators, and tinkerers because our imagination is limitless! I want the world to recognize that we children are capable of creating the next groundbreaking technologies and innovations in our community, and that the best way to facilitate that is to encourage us to dream big and to invent! 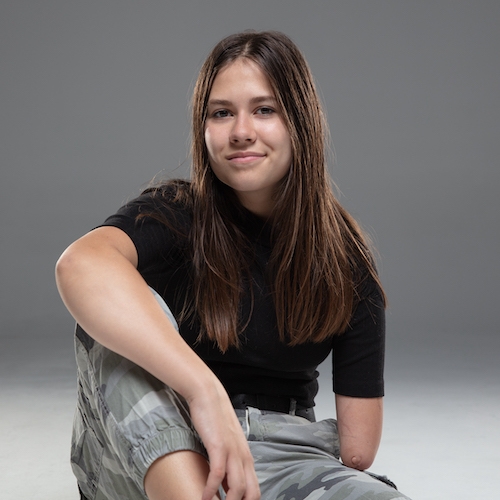 Jordan Reeves, 15
Jordan is an activist, designer, and inventor who has been engineering innovative prosthetics for kids with limb differences since she was in elementary school.
STEAM snack: Gushers
STEAM superhero: Members of the STEAM Squad

What inspires you to invent new things?

Jordan: I like to look at things based on my personal experience and think of new ways to do it. I’m working on a whole new way to play the guitar because it’s hard for me to do since I was born with one full arm and the other stops before the elbow.

Jordan: If you have an idea, try it out. It might not work at first. If you get upset and annoyed, walk away for a bit but come back to it. If you keep trying, you might come up with a whole new idea that no one has worked on before.

What change do you want to see in the world?

Jordan: I want to make sure people who are different are included in developing products and ideas from the beginning. I hope kids will think about making sure they include other kids they may not know in their work. Kids who may not be from their own neighborhood or have different life experiences. Ask a lot of questions and make sure you learn about perspectives you don’t have before you settle in on launching a big idea or event. 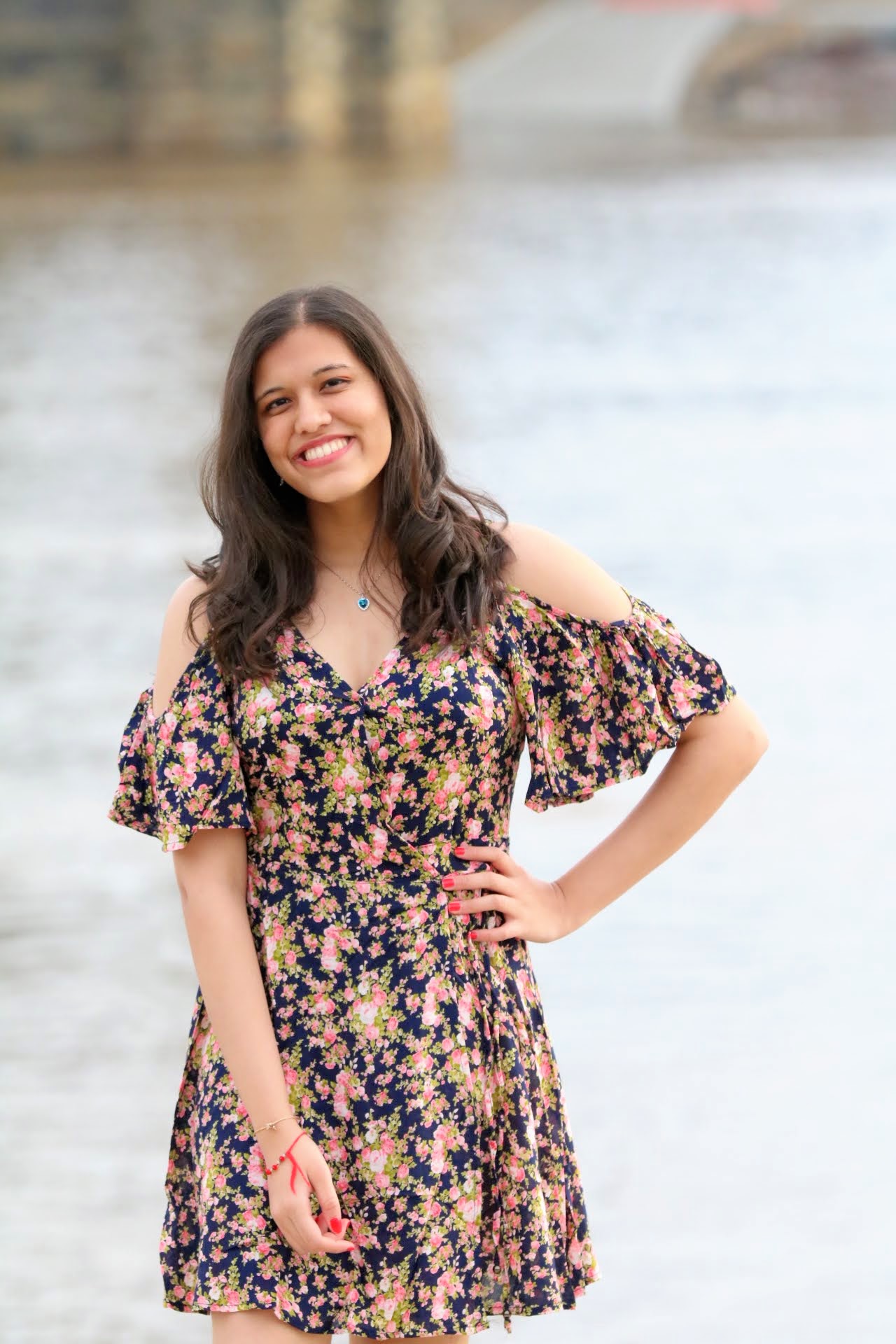 Laalitya: I have always been curious about the world around me and always wanted to understand the “why”. One of the first experiences that I remember with science was when I decided to decipher the recipe of Coca-Cola! As I grew older, I saw the issues in our world and wanted to find solutions to these problems.

What got you interested in the issue of water contamination?

Laalitya: My inspiration came from a family trip to India when I saw the glaring water gap – there was a lack of access to clean water and many people, including myself, fell ill from drinking this contaminated water. There were no affordable and effective methods to detect this contamination, so I decided to create one! 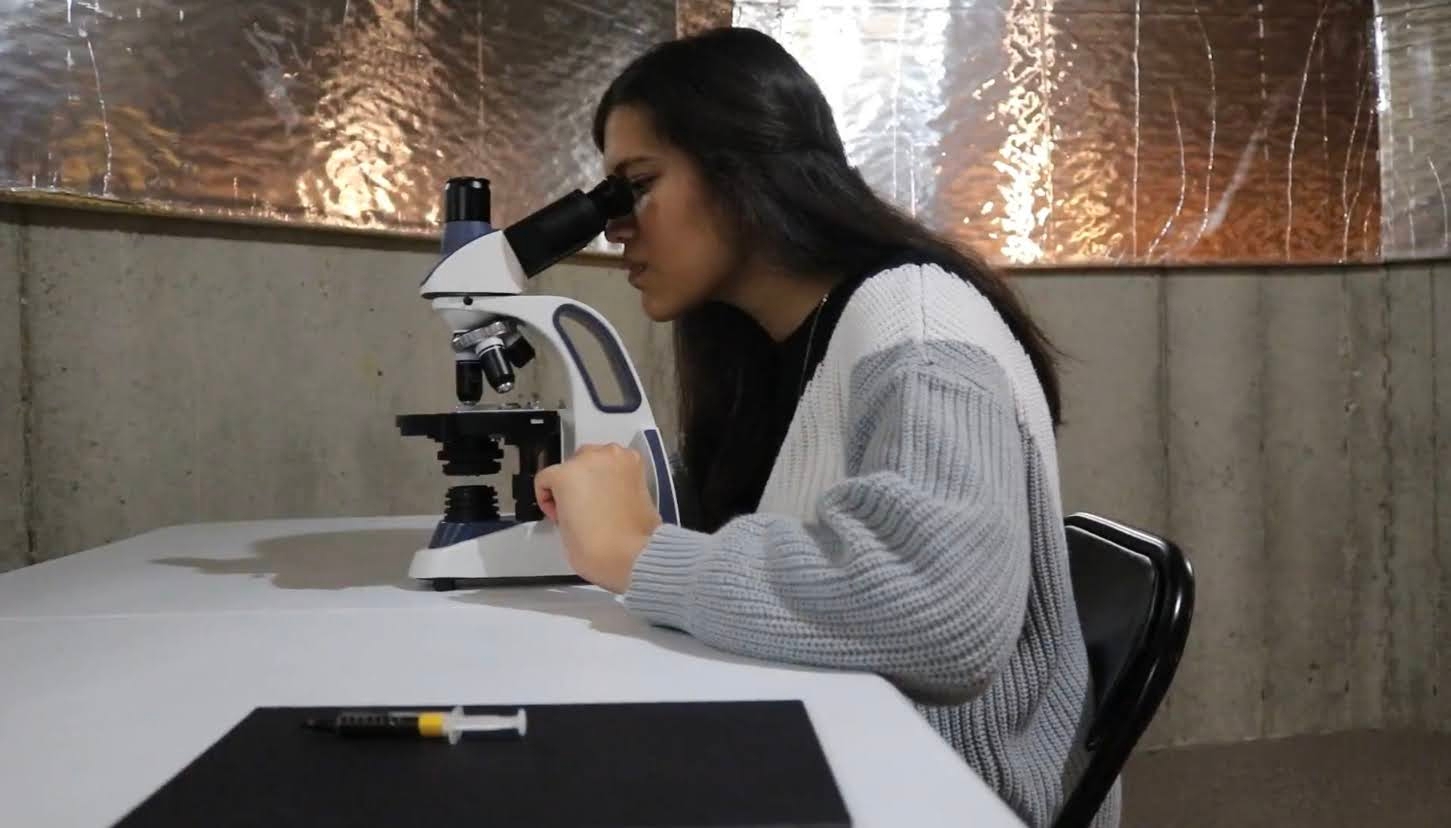 Laalitya: I would tell them to not be afraid of failure, and I know that this is easier said than done – but science is full of mistakes. You will fail and it’s important to pick yourself up after these instances and keep on working towards your goal. 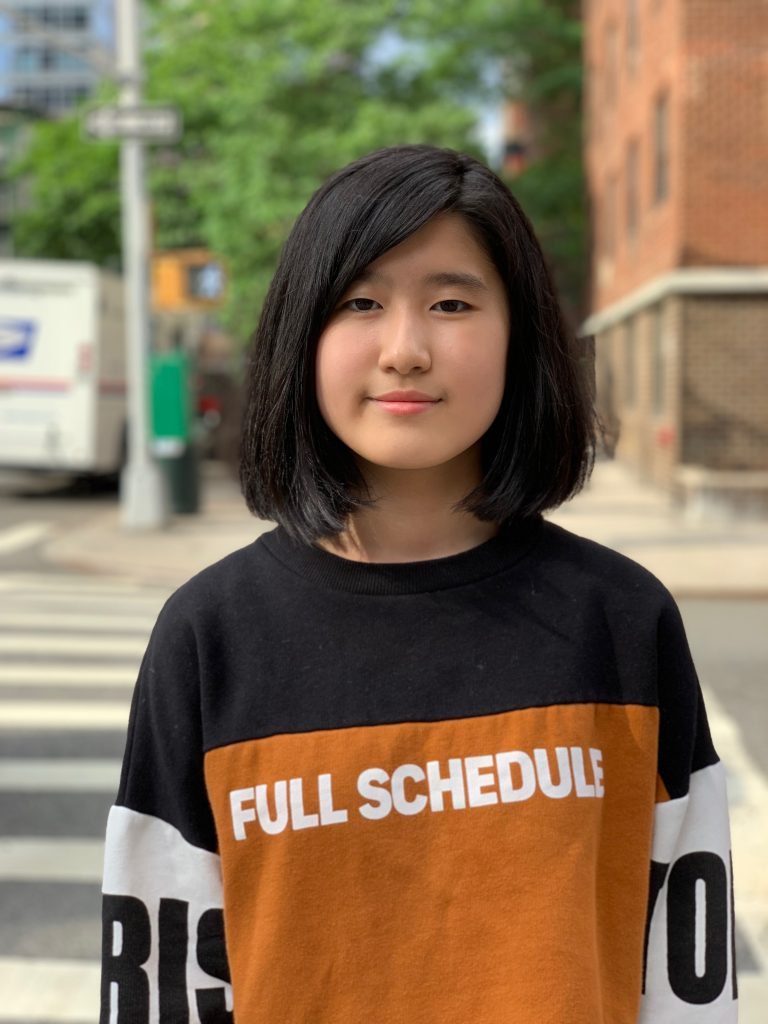 Emma Yang, 17
Emma invented a mobile app that helps Alzheimer’s patients stay engaged and connected to loved ones. She began work on the app at age 12, and has since founded a start-up and raised $120K to pursue the technology.
STEAM snack: Lychee candy
STEAM superhero: Megan Smith, former Chief Technology Officer of the United States

What inspires you to invent new things?

Emma: I’m fascinated by how technology can empower anyone to solve the problems they see in their family and in their community. What inspired me to innovate was seeing how, even though we see technology as being so ubiquitous and able to solve every problem, there are still many populations (like the elderly and Alzheimer’s patients) who aren’t being reached by the potential of computing. What grew out of the personal challenge of helping my grandmother cope with Alzheimer’s led to an innovation that I hope can contribute to changing the landscape of technology to include these underserved populations. 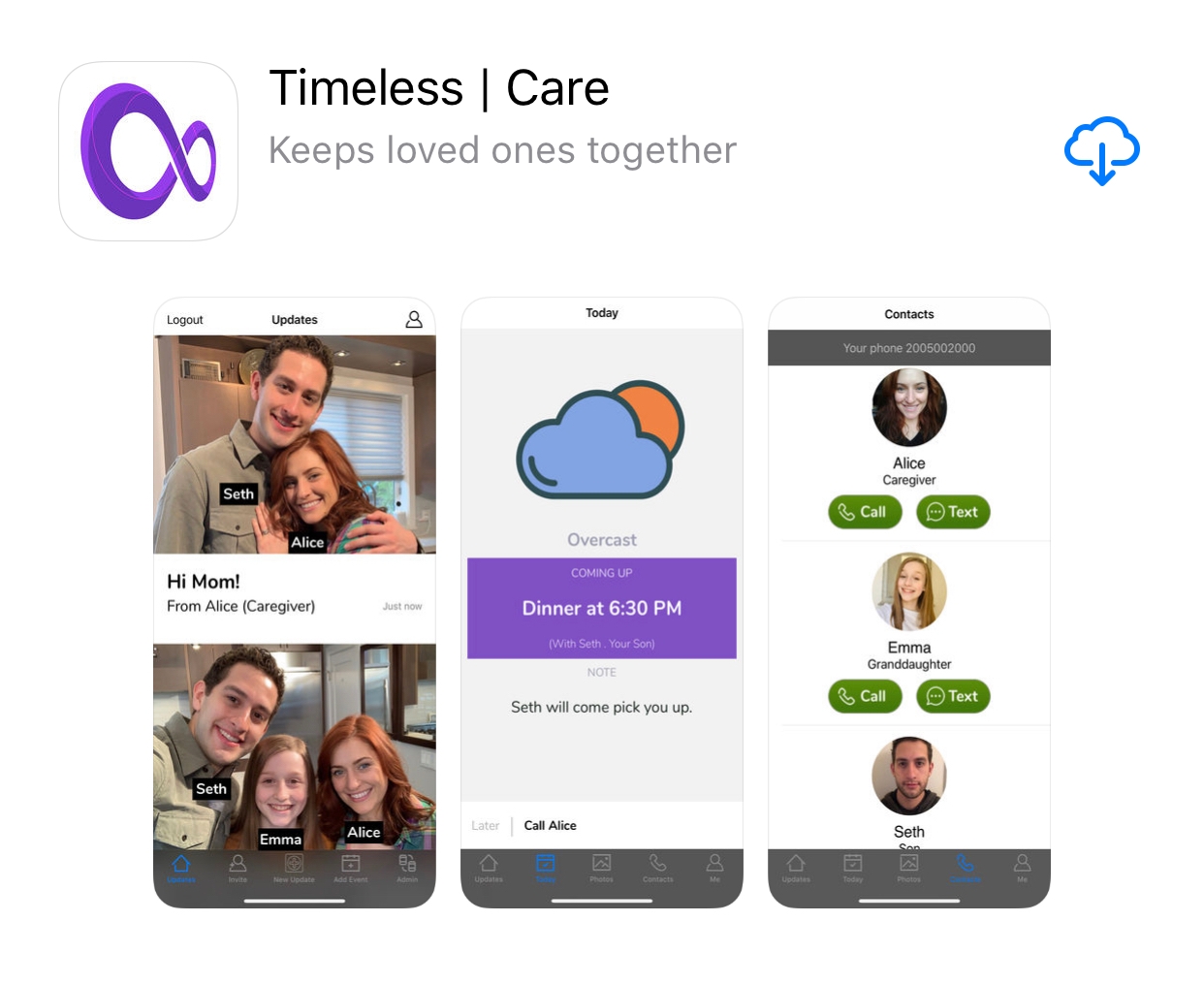 Emma: Never let people tell you what is and isn’t possible. You have the potential to make a difference, no matter who you are.

What change do you want to see in the world?

Emma: You might have heard of the phrase, “There’s an app for that.” For most of the population, technology encompasses almost every part of our daily lives. However, there are still significant populations that remain underserved by technology. This is an issue that I want to change about the world. As young people, I believe we have a unique perspective on the issues around us. We can help to address the challenges faced by these underserved populations by raising awareness and, regardless of age or experience, being proactive in using STEM to create solutions for these populations.

See all from Engineering ➜