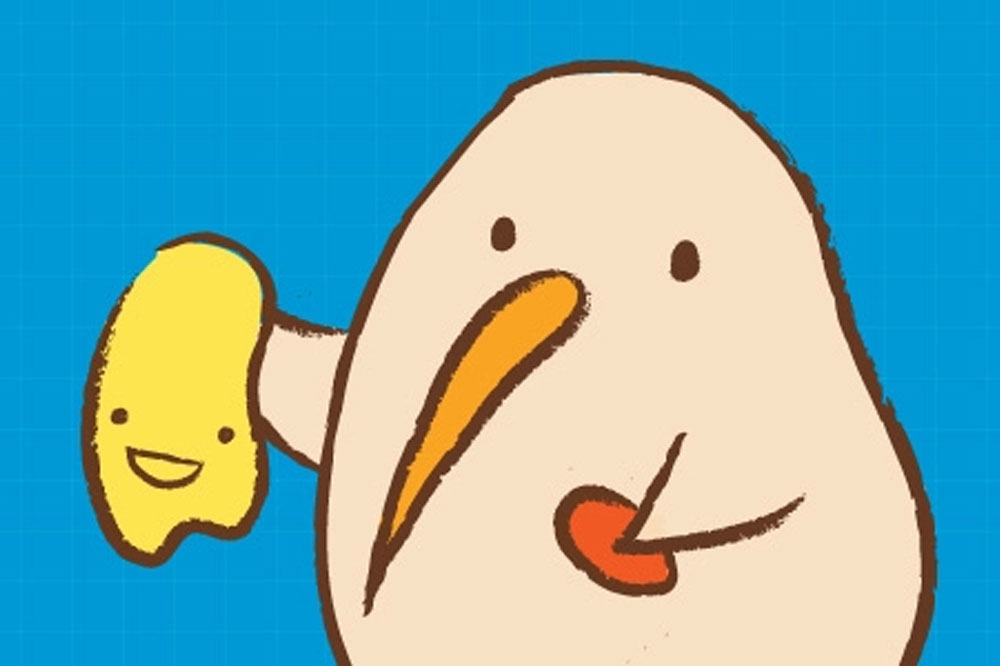 Often, some of the most interesting things we make happen completely by accident. That was certainly the case for James Wright, the accidental inventor of Silly Putty.

Silly Putty is awesome for lots of reasons: it’s very stretchy, it bounces, it forms a puddle if you leave it alone for long enough, but it can hold its shape for a little while. Also, if you flatten it against a newspaper or comic-book page (anything with ink printed on it), it will pick up a perfect copy of the print it touched. 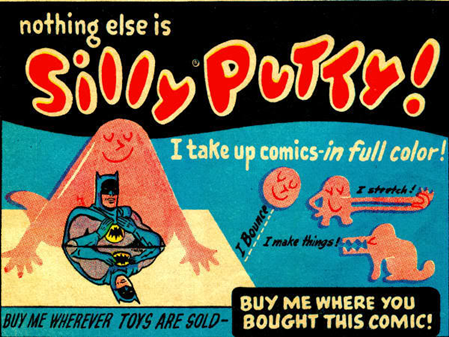 Here’s the story of how Silly Putty came to be:
Back in World War II, rubber was very precious. It was important for making all kinds of important things to fight a war, including rafts, tires, parts for cars and airplanes, gas masks, and boots. So the United States government was trying to find a way to make rubber in a factory (rather than harvesting it from rubber trees).

Engineer James Wright was one of the people trying to solve this problem, which is when he invented Silly Putty by mixing boric acid into silicone oil. The substance wasn’t close enough to real rubber to replace it, so the government wasn’t interested. But a man named Peter Hodgson saw that it might be good as a toy.

Since then, Silly Putty has taken off! It became so popular that astronauts even took it on the Apollo 8 moon mission to secure their tools in zero-gravity. 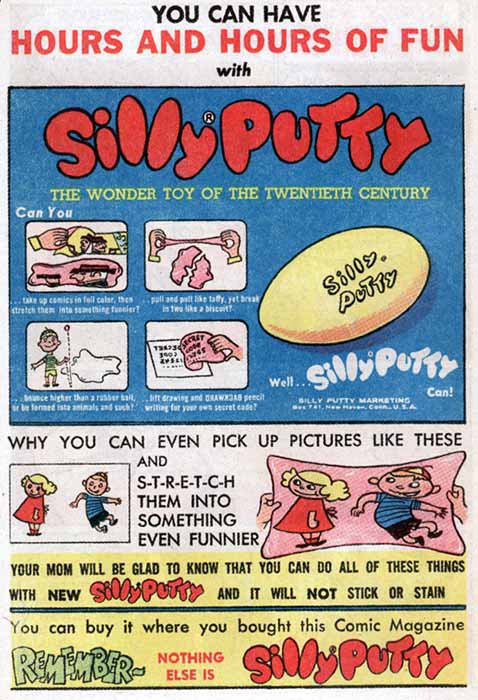 Here are some more cool facts about Silly Putty:

Silly Putty and slime are not quite the same thing, but if you’d like to try your hand at inventing something cool (and gooey!) of your own, check out our Chalkboard & Glow Slime project! 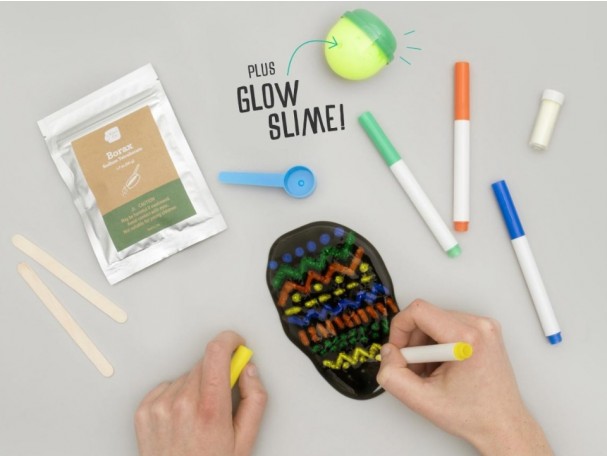